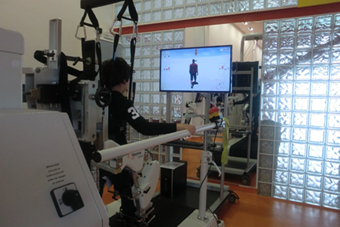 We would like to share our clinical experience with an 8 years old tetraparetic patient who underwent one month of intensive Lokomat training with Augmented Performance Feedback.

Please find in this report a detailed description of the therapy program, pre-post Lokomat and GMFM assessments and our main conclusions for this case.

In this case the patient is male, 8 years old and suffering from spastic tetraparesis with high level of disability of the lower limbs. He is classified as level II in the GMFCS.

He received myofasciotomy in November 2013 with good results in terms of segment alignment and fascia release.

Before he was admitted in Nipace, he performed 5 hours per week of conventional rehabilitation as well as aquatic activities and osteopathy. He was accepted in March 2014 in the NIE (Intensive Specialized Neurorehabilitation) program including Lokomat with Augmented Performance Feedback.

We observed weakness of the hip extensor, hip flexors and abductor muscles.

He had autonomous gait function with two crutches, although he used a wheelchair for moderate and long distances.

We observed toe contact, with both crutches far from the body during stance and with exaggerated lateral movements of the trunk producing an unstable gait.

Both hips and knees were slightly flexed (and adducted). Ankles tended to valgus and left calcaneus was pronated. Moreover, both feet touched with the internal side.

He was able to perform gait without technical aids but it was not functional due to the low speed and instability.

We started the NIE program consisting of:

We delivered 9 sessions of Lokomat (twice per week) with the following parameters:

A physiotherapeutic assessment after 9 sessions revealed higher activation of the leg muscles (gastrocnemius, tibialis anterior and peroneus) with better ability to move both ankles and slightly active eversion. It also revealed an increase of strength on abdominal and hip extensor muscles.

From a functional point of view, we observed improvements in the parameters of gait, run and jump of the GMFM. 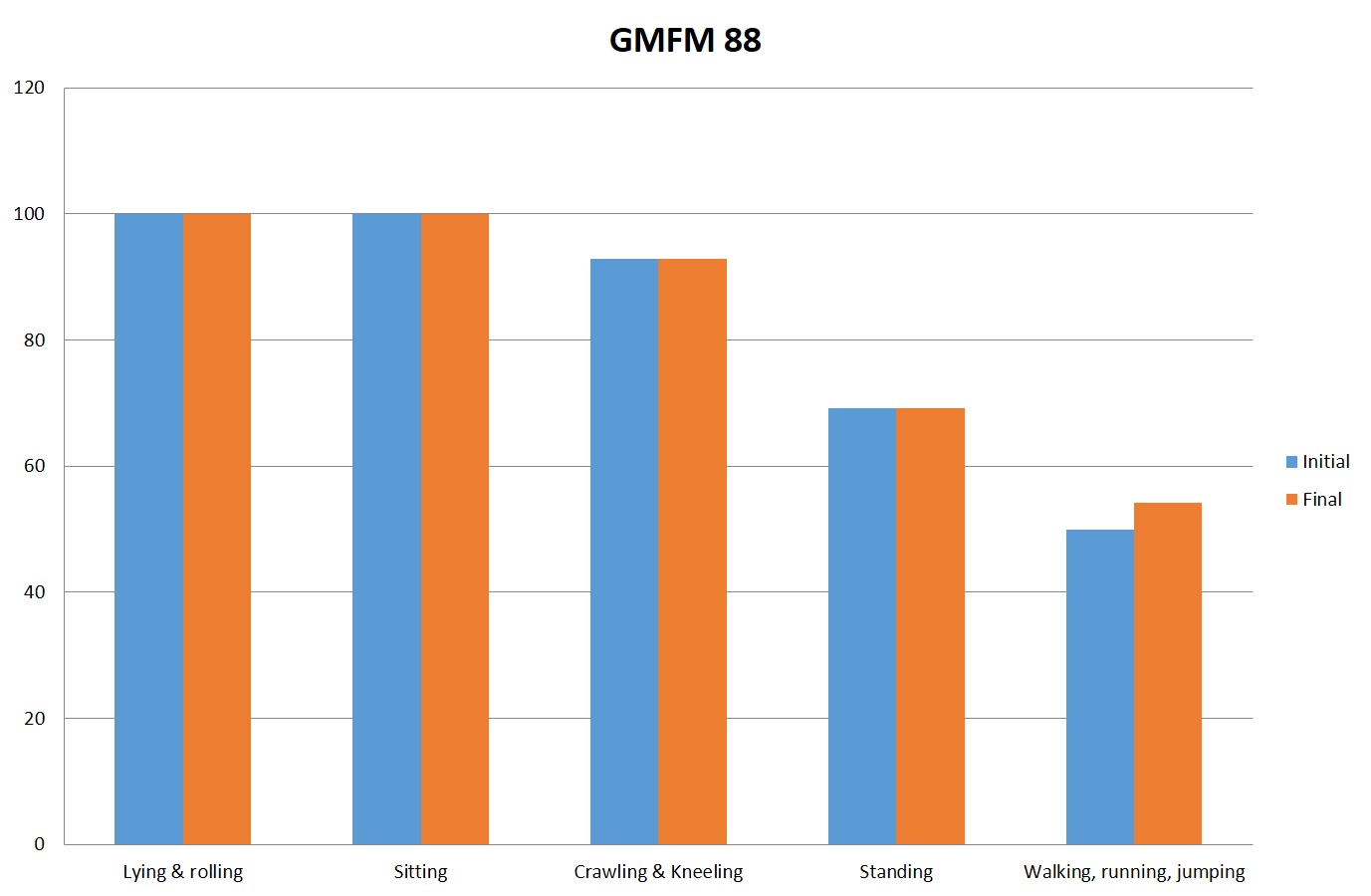 Augmented performance feedback indicators improved from 5 coins collected into the first session to 50 coins in the last session.

Lokomat assessment tools revealed an increase in hip extensors muscle strength as well as a reduction on stiffness as it can be observed in the following graphs: 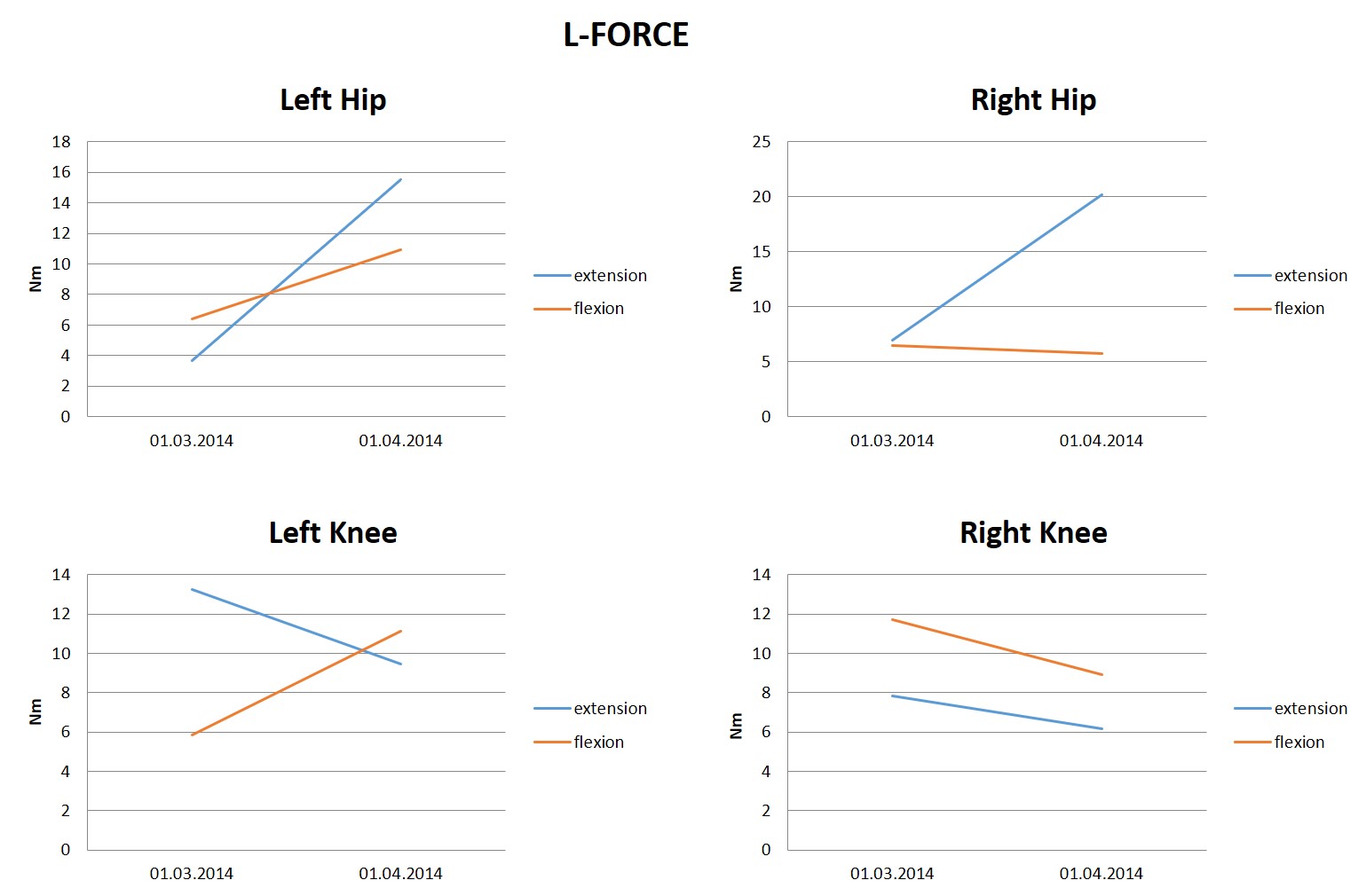 L-Force results for hip and knee. 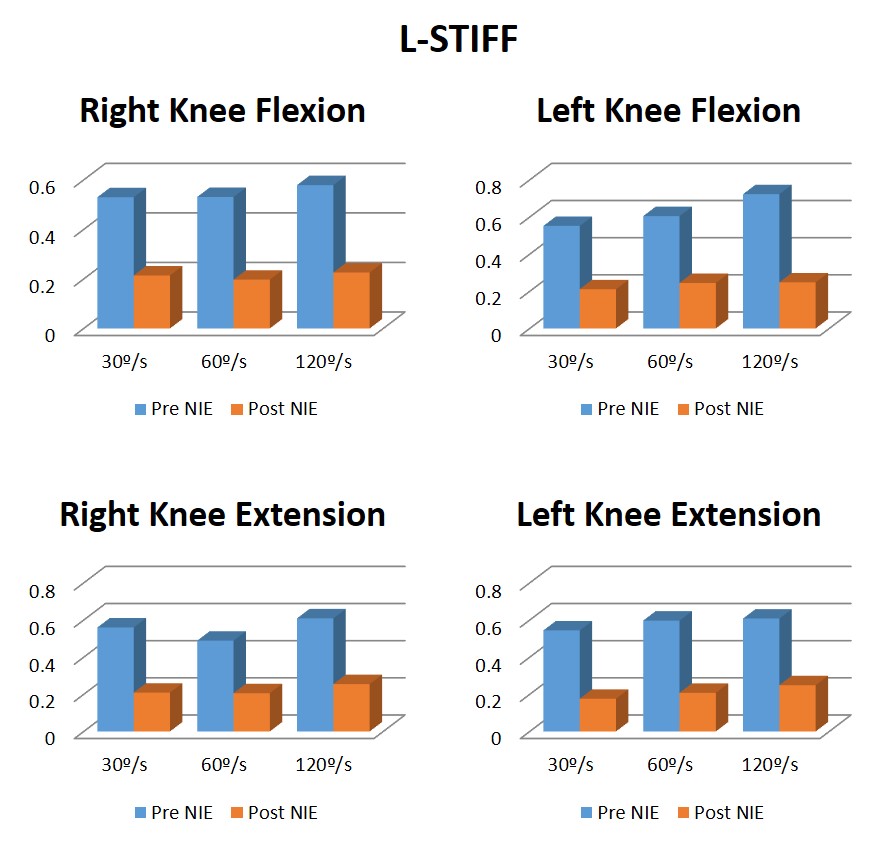 The NIE program contributed to the improvement of muscle strength in hip extensors, functional improvement in gait and reduction of stiffness in the hip and the knee during passive movements.

Nipace Foundation is a pediatric neurorehabilitation center treating patients since 2006. We apply different therapy approaches such as NIE program (Intensive Specialized Neurorehabilitation with Therasuit orthoses), Lokomat therapy, Tomatis, Vojta, Bobath, Spider, hydrotherapy, osteopathy, kinesiotaping, constrained induced movement therapy and medical vibrating platform. The therapies are provided by a group of 8 physiotherapists and they are oriented to the improvement of the functionality and life quality of the kids affected with non-degenerative neuromotor impairments.